established by the energy endeavour foundation, the sde council of experts is an indispensible advisory board contributing to the long-term impact and vitality of the solar decathlon in europe.

The Solar Decathlon Europe Council of Experts draws from experience in a broad range of professional fields related to the contests that frame the Solar Decathlon competition. Academics, researchers, policy-makers and industry professionals will weigh in on milestone SDE actions, including calls for cities & teams, evolution of competition contests & rules, team deliverables, evaluation reports, workshops and jury & competition processes. Marie-Hélène Contal (Council Member) presided over the contest in Communication and Social Awareness during the SDE14 in Versailles.
She is a DPLG architect and a graduate of the Institut d’Etudes Politiques de Paris.
In 2014, she was curator of the exhibition ‘Reenchanting the World – Architecture, Cities Transitions’ produced by the Cité de l’Architecture in Paris, France, where she is currently the Director of Cultural Developpent and coordinator of the Global Award for Sustainable Architecture. Her work and publications have been celebrated throughout Europe and around the world. http://www.esa-paris.fr/Conference-Construire-transmettre-2138.html 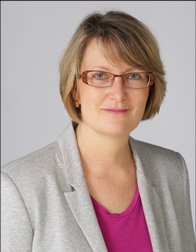 Gail Hamilton, (Council Member) educator and consultant
is an award-winning Assistant Professor and former Dean at the American University of Paris, holding a B.S. in Metallurgical Engineering from Purdue University and
an MBA from INSEAD. Her professional experience is wide-ranging and includes
two family businesses and IBM. Currently she manages her Paris-based GLHB Group, consulting in the academic and management development sectors. Gail’s most recent work includes assessment criteria development for the SDE for host city selection, and delivering project-based learning experiences in the areas of sustainability and resource-responsibility.
https://glhbgroup.com/about-the-team/gail-hamilton Susanne Hendel (Council Member) is a research associate with the chair of building physics & technical services at the University of Wuppertal in Germany. She studied architecture at both the University of Applied Science in Würzburg & the University of Wuppertal where she earned her Master’s degree in 2014. In 2011, Susanne’s career took off as an intern at Studio Matteo Thun in Milan where she applied her skills to several architectual competitions. Her contribution led to two first prize awards for projects in wellness & luxury resorts (Swiss Wellness Resort at the Lake Lugano; luxury resort on the Sacca Sessola Island in the Venetian lagoon). While completing her BEng at the University of Applied Science, Susanne worked for GKT Architects in Würzburg. During that time she won a architectural competition for a social housing project in Würzburg; based on her original designs, new social housing was realized in 2013. In a second —national — competition for the New Digestion Tower her team at the GKT Office reached third place. During her Master’s degree at Wuppertal, she specialised in environmental building design. Susanne was part of an interdisciplinary team in the nationwide VDI – Energy Efficient Airplane Hangar competition, making it to second place. A true teamplayer, Susanne has been working at the Chair of Professor Karsten Voss since 2013, joining several other teams from different German institutes & universities on the EnOB – Research for Energy Optimized Building project. A natural fit, Susanne is now part of the Solar Decathlon community reaching into its history to document the technologies, systems & materials revealed through the formidable world-wide SD house designs. 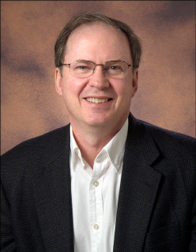 Mr. King (Council Member) created the inspiring collegiate competition in 2000 and has been its director for the past 15 years. Richard King is the founding father of the Solar Decathlon competition, established at the United States Department of Energy. A scientist trained in photovoltaic research, Mr King initiated a forum to champion energy literacy and encourage multi-disciplinary university students to become tomorrow’s change-agents in sustainable living. He created the inspiring Solar Decathlon competition in 2000 and was its director until 2016. He has overseen, guided and stewarded the Solar Decathlon as it has flourished worldwide, with competitions in Europe, China,Latin America, the Middle East and for the first time on the African continent, Morocco. Mr. King continues to participate on SD competition oversight committees and provides technical. 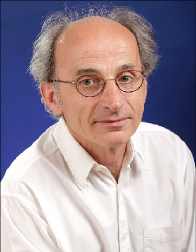 An expert in environmental public policy, Vincent Jacques le Seigneur (Council Member) is a graduate of the Institute of Political Studies and of the Center for the Development of Journalists. He has worked as a journalist for print media and was Director of the Environmental Press Agency in 1995. In 2000 he was appointed head of the French Institute for the Environment (IFEN), the National Center for Statistics and evaluation of public policies, serving as Chief Executive Officer until 2004. wFrom 2006 to 2016, he was Secretary General of the French Institute of Solar Energy (INES). Vincent advised and supported the winning Team Rhône Alpes in the SD (2010 and 2012) and was a senior member of the SDE 2014 organizing committee, stewarding the communication activities in Versailles. He is currently President of the Energies for the World Foundation and of Observ’ER, the National Observatory of Renewable Energies. He is also Professor at Sciences Po Paris in Renewable Energy and
Energy Transition. https://www.actu-environnement.com/ae/news/vincent-jacques-le-seigneur-observer-22818.php4 Claudio Montero (Council Member) has a degree in Architecture from the Universidad Politécnica de Madrid (UPM) and Master’s degrees in Construction Quality Control from UPM and PGCE from Universidad Complutense de Madrid. Claudio has combined his professional career as an architect, in collaboration with educational institutions and universities such as Instituto de Arquitectura, Universidad Politécnica de Madrid and Instituto de Práctica Empresarial. Claudio runs his architecture and real estate office in association with MAR Real Estate firm. Since 2008, he has been an integral part of the Solar Decathlon Europe; Claudio held key positions in the SDE Organisation in 2010 and 2012 in Madrid (Spain) and 2014 in Versailles (France). He has developed a clear vision to identify fundamental challenges that confront the competing teams, providing clear paths toward the SDE aims and goals. Claudio guarantees his specific knowledge in the field of energy efficient buildings, and is the renowned expert behind the Worksite Area for Teams (WAT), the official communication platform between the competing teams and the SDE Organization. http://solardecathlon.eu/claudio-montero_-archi_-real-estate_-knowledge-hub/ 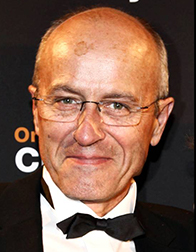 A graduate of France’s Central-Supélec, Michel Orlhac (Council Member) has devoted his 40-year career to the private steel and energy industries. His expertise is in marketing and mergers & acquisitions;he served for several years as a Vice President for the Global Marketing division of Schneider Electric. As a commercial engineer, Michel specialised in new products and solutions for electricity grid protection and management. Michel has focused on business forums and private sponsorship for events, securing major investment in the Schneider Electric Marathon de Paris (8 marathons from 2013 to 2021), targeting employees and customers while converting the event into a carbon neutral event. He has also dedicated his energy to the Solar Decathlon competition, promoting sponsorship for ten SD competitions in US, Europe and China, and to 30 different competing international team. He developed an integrated concept of “global sponsorship” to turn the Solar Decathlon into a major business event for Schneider Electric customers, driving the enthusiasm and motivation of company employees. This concept was implemented during the European editions of the Solar Decathlon in Madrid and in Versailles. 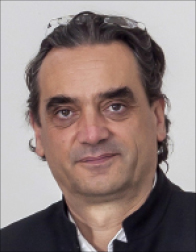 Pascal Rollet (Charter Member) led the Armadillo Box© project in the SDE 2010 and was the faculty advisor of Team Rhône-Alpes, winning the SDE 2012 competition with the Canopea© project. In 2014, Pascal was the director of the Solar Decathlon Europe in Versailles. He is a full-time Professor of Architecture at École Nationale Supérieure d’Architecture de Grenoble and the Scientific Director of Grands Ateliers in Isle d’Abeau, a French research center and technical platform dedicated to “learning by doing” and “learning by building”. Lipsky+Rollet Architects, his professional practice in Paris, has been awarded several French prizes including the 2005 Équerre d’Argent. Pascal is a Solar Decathlon Europe Charter Expert. http://solardecathlon.eu/pascal-rollet_competition-director-pro_motor/ 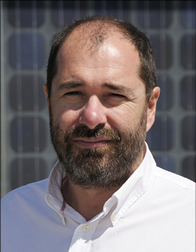 Sergio Vega (Charter Member) is a PhD Architect specialised in technical risk management, technical assistance and quality control in construction. He guided the UPM team behind the Casa Solar of the U.S. Solar Decathlon 2007 and was General Director and Project Manager for the 2010 and 2012 SDE editions in Madrid. Sergio is a professor, researcher and head of the Master’s Programs in Real Estate and Building Risk Management as well as Real Estate and Facility Management. His expertise is in industrialised buildings and high energy-efficient technical solutions in buildings. Sergio acted as coordinator and main researcher of the 10ACTION project, funded by the E.U. as part of the Intelligent Energy Europe Program. Sergio is a Solar Decathlon Europe Charter Expert. http://solardecathlon.eu/sergio-vega_documentation-director/ 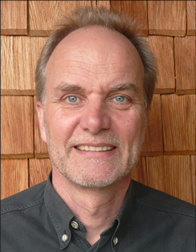 Karsten Voss (Charter Member) is a professor of building physics & technical services at the faculty of architecture & civil engineering of the University Wuppertal, Germany. For over 15 years, he has deployed his expertise in environmental building design with the Bachelor & Master programmes of science in architecture. Currently, Karsten seeks to shape & guide the solar building environment by fostering international applied research in the field of building science, supporting industrial, national & European research programs. He lends his expertise to the International Energy Agency (IEA) where he works on tasks concerning building renovation, solar sustainable housing & net zero solar energy buildings. Karsten’s current work within the IEA focuses on tools related to net zero solar energy buildings in urban planning.  His key objective? To position the next SDE as a demonstration & dissemination activity within the IEA program for energy in buildings and communities.
http://solardecathlon.eu/karsten-voss_director-of-research-relations/ 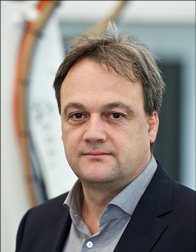 Yves Weinand (Council Member) is an architect and structural engineer and founder of the Bureau d’Etudes Weinand in Liège / Belgium. He is currently working on the Vidy Theater in Lausanne where timber is used as the main structural component. Since 2004 he has been Professor and Head of IBOIS Laboratory for timber constructions at EPFL. Here he directs an interdisciplinary group of architects, engineers, mathematicians and computer scientists who perform research work in the fields of timber rib shells, folded timber plate structures, integral mechanical attachments and assembly processes. Prof. Weinand was a jury member of the Engineering Contest at the Solar Decathlon Europe 2014 in Versailles.
https://people.epfl.ch/yves.weinand